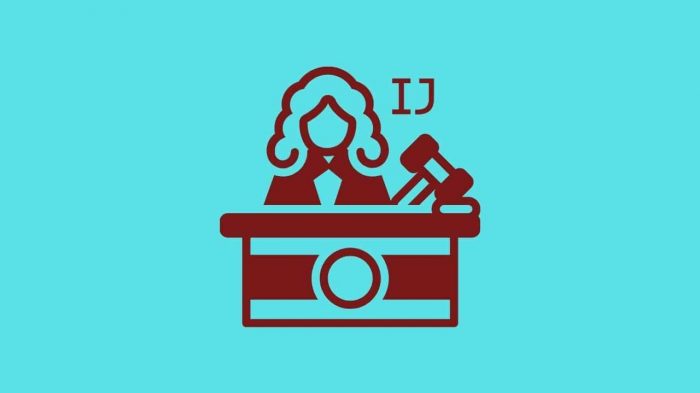 The United States court of appeals for the fourth circuit on April 29, 2021, rules that an immigration judge(IJ) has the power to grant a request for the waiver of inadmissibility for the U visas. Jimenez-Rodriguez, who was placed in removal proceedings, was a severe accident victim and wants to corporate with law enforcement in punishing the offender.

The USCIS rejected his application for waiving his inadmissibility for a U visa, and he requested BIA to allow him to present another waiver application in front of an IJ. However, the question remains whether an IJ has the authority to grant an inadmissibility waiver or not? Let’s see what was argued before the fourth circuit and the basis it has assumed power to IJ.

U visas are granted to the individuals in the US who have suffered “substantial physical or mental abuse” as a victim of a serious crime and are helping law enforcement investigate the offense or prosecute the wrongdoer. It is issued for a temporary period.

Victor Jimenez-Rodriguez, a Mexican citizen, was brought to the United States by his parents unlawfully when he was only ten years old. He has been living in the United States ever since. Life was cruel upon him, tough to find employment, and hard to survive because he was undocumented. Ultimately he decided to get a fake ID from his friend to apply for a job to support his family. In the end, he got caught and charged with identity theft. Jimenez-Rodriguez pleaded guilty and was sentenced to ten-twelve month imprisonment.

After serving his imprisonment, Jimenez-Rodriguez was detained by the US Immigrations and Customs Enforcement for his removal proceedings but later released on a bond. Unfortunately, one day while riding with a friend, a truck crashed into their car, causing injury to Jimenez-Rodriguez and the death of his friend. He was the only eyewitness of that dreadful accident.

After the accident, Jimenez-Rodriguez cooperated with law enforcement to prosecute the offender. He intended to obtain a temporary stay in the US through a U visa and informed his intention to the immigration judge.

Denial of Waiver of Inadmissibility

However, Jimenez-Rodriguez was considered “inadmissible” under Immigration Nationality Act (INA) and was ineligible to obtain a U visa. His application for a waiver of inadmissibility was denied by the USCIS, rendering him ineligible for a U visa.

IJ decided against Jimenez-Rodriguez and determines that he is not eligible for another continuance under a U visa. Jimenez-Rodriguez appealed to BIA and argued that IJ had made a mistake by denying his request for a continuance, and the case should be remanded to allow him to present a new waiver application to the IJ under § 1182(d)(3)(A)(ii).

Consequently, Jimenez-Rodriguez appealed to the US Court of Appeals for the fourth circuit.

The issue laying in front of the court is to decide whether an IJ has the legal authority to grant an inadmissibility waiver to the persons ineligible for a U visa.

The question is, even if it is assumed that § 1182(d)(3)(A)(ii) provides the attorney general with the full authority to grant waiver of inadmissibly, will that authority can be delegated to the IJ?

To answer this question, Jimenez-Rodriguez bases his argument on Baez-Sanchez v. Sessions, where the seventh circuit claimed § 1003.10(a) gives the IJ power to grant a request for an waiver of inadmissibility. The seventh circuit based this finding on the plain reading of the text in § 1003.10(a) “immigration judges shall act as the Attorney General’s delegates in the cases that come before them.” However, the fourth circuit said that the seventh circuit leans too heavily on the word “delegates,” and § 1003.10(a) alone does not empower IJ to enjoy the full authority of the attorney general.

8 CFR § 1003.10(b) states that IJs, “in deciding the individual cases before them, may take any action consistent with their authorities under the Act and regulations that are appropriate and necessary for the disposition of such cases.”

And also, 8 CFR § 1240.1(a)(1)(iv) uses similar language and states that IJs have the authority “to take any other action consistent with applicable law and regulations as may be appropriate.”

The court added emphasis over these two provisions.

The fourth circuit looked at the historical languages of these regulations and infer that in history, these regulations confer the IJ with the statutory authority of the attorney general and empowers him to take any action within such authority.

The government cites certain cases and BIA decisions before the fourth circuit to assert that the waiver authority of the IJ is limited and does not extend to a waiver of admissibility of U visas. However, such cases and decisions did not stand out and were put down by the fourth circuit.

FINAL INFERENCE BY THE FOURTH CIRCUIT

The Violence Against Women Act