Dedicated Team Ready to Serve You

At Sethi & Mazaheri, we have a dedicated team ready to serve you. A client’s experience with our firm is focused on comfort and support, so you won’t have to wait hours or days for a return call or e-mail. 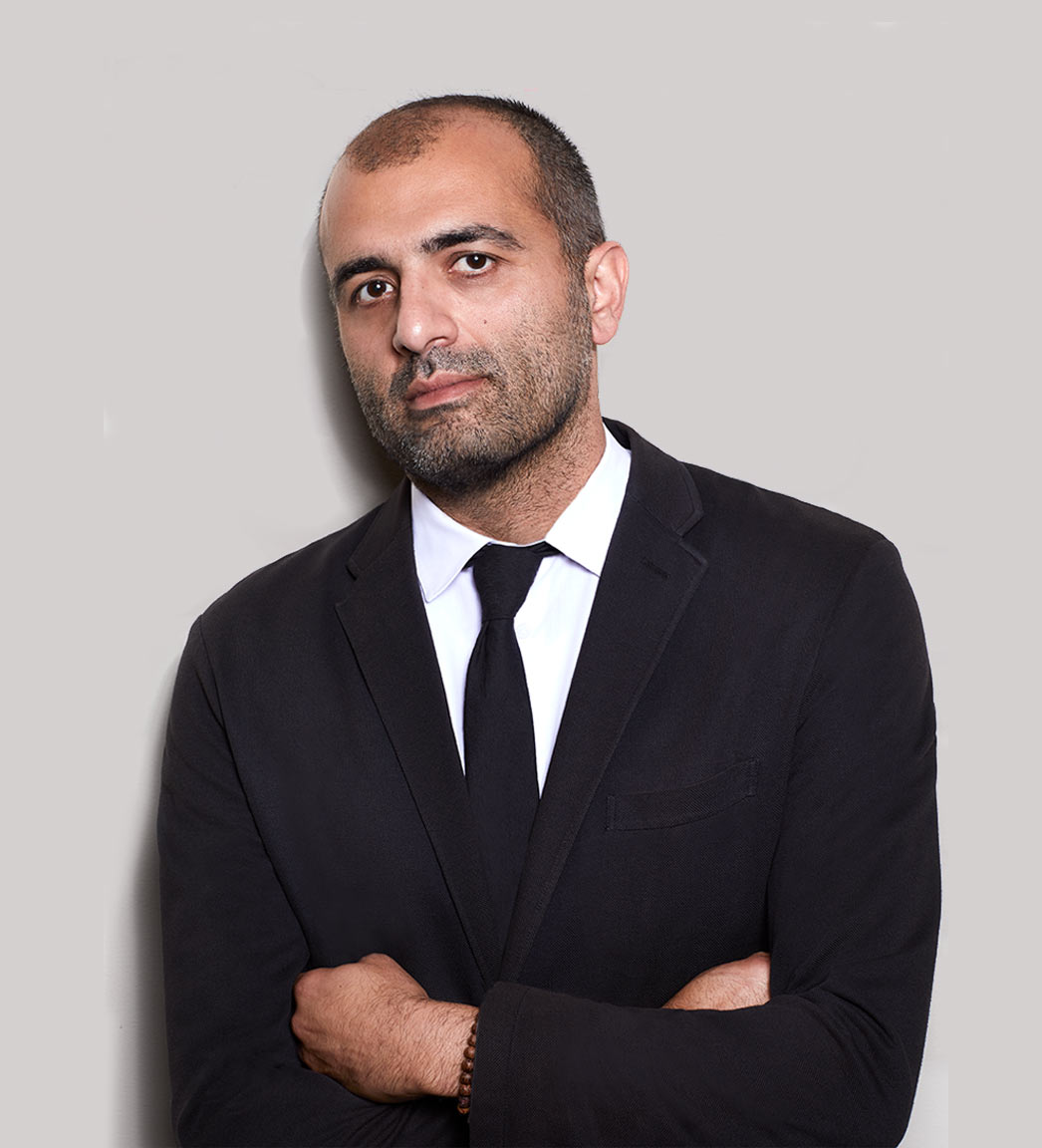 Mr. Mazaheri represents individuals in immigration and criminal proceedings in New Jersey. His most recent experience as a NJ prosecutor brings trial and litigation expertise in criminal matters including appeals and domestic violence cases. Prior to working as a prosecutor, Mr. Mazaheri served as a judicial clerk in the criminal division of the Essex County Superior Court of NJ for the Honorable Judge Jerome M. St. John. He served as a faculty research assistant and a student attorney at the Immigration and Human Rights Clinic at Seton Hall Law Center for Social Justice and interned at the South Brooklyn Legal Services. In addition to his extensive commitment to providing public interest based legal services, Mr. Mazaheri worked in the Middle East, North Africa division of Human Rights Watch and is fluent in Farsi.
Mr. Mazaheri received his BA from State University of New York at Stony Brook in Political Science and his JD from Seton Hall University School of Law. He is admitted to practice law in New York and New Jersey. As an Iranian-American Lawyer, Mr. Mazaheri remains active in the Iranian community. 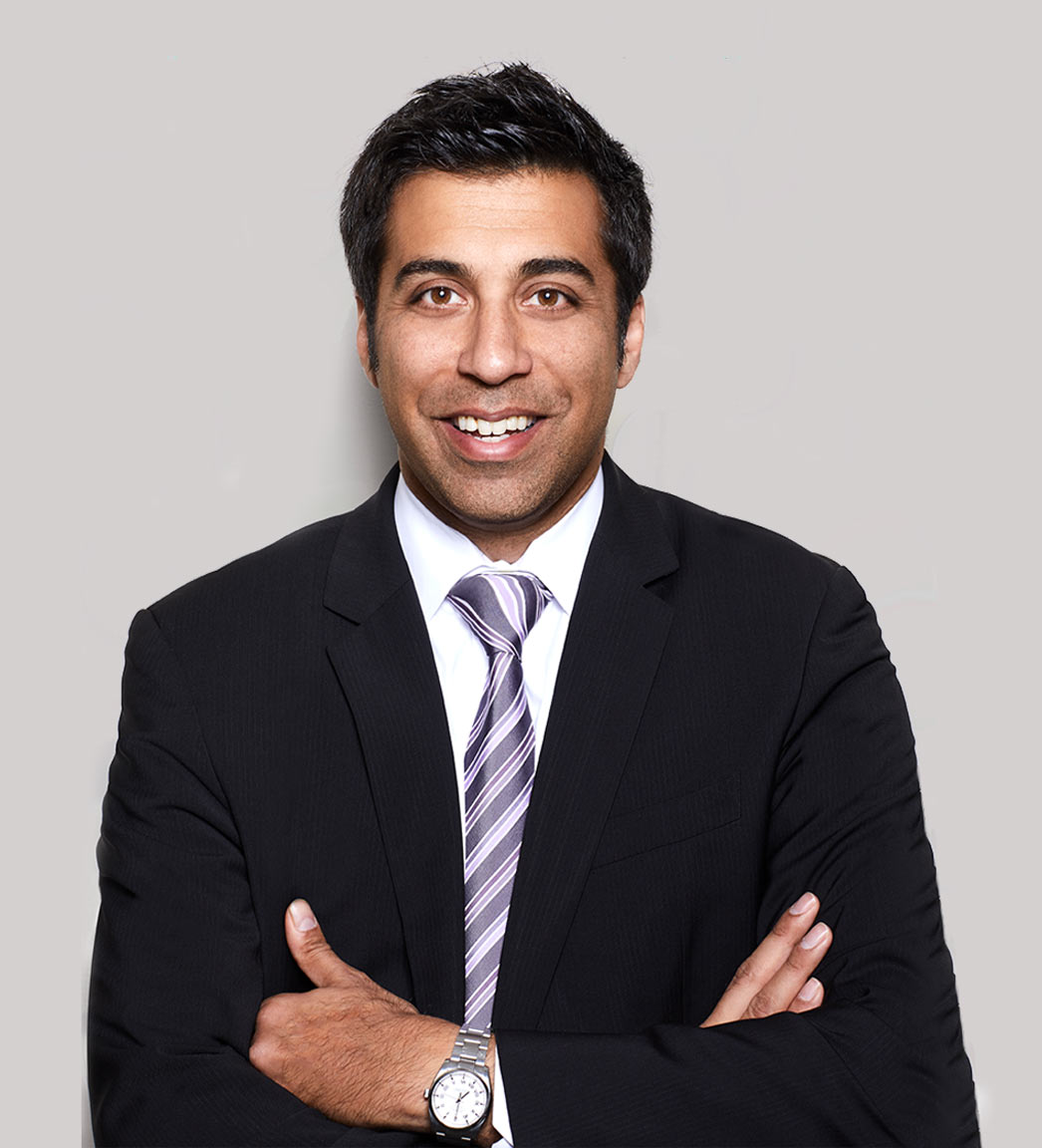 Sanjay Sethi is the co-managing partner at Sethi & Mazaheri, LLC, practicing in a wide range of areas, including family-based green cards, asylum, removal defense, Federal Court litigation, and appeals. He earned his Bachelor’s Degree from Northwestern University, his Master’s Degree in International Affairs from Columbia University and his JD from the University of Miami School of Law. He also earned a Certificate in Russian and East Central European Studies from Columbia University’s Harriman Institute and a Nonprofit Management Executive Certificate from Georgetown University. Sanjay is admitted to practice law in New York, New Jersey, Washington D.C., and the Southern District of New York. Recently, Sanjay co-founded the Artistic Freedom Initiative (AFI), a nonprofit organization dedicated to providing legal services and resettlement assistance to artists who are censored or persecuted in their countries of origin. He is currently serving as the interim Executive Director for AFI, where he has built and managed AFI’s legal program providing pro bono services globally to over one hundred artists at risk. Prior to founding Sethi & Mazaheri and AFI, Sanjay served as a prosecutor in Union County, New Jersey, and a law clerk in the criminal division of the New Jersey Superior Court. Sanjay’s interest in and commitment to public service are rooted in his work experience at the United Nations Children’s Fund and the International Labour Organization in Moscow, Russia, as well as at Columbia University’s Public Interest Law Initiative in Budapest, Hungary, where he served as a Research Fellow.Mr. Sethi received his BA from Northwestern University, his MA in International Affairs from Columbia University and his JD from University of Miami School of Law. He is admitted to practice law in New York and New Jersey. As an Indian-American Lawyer, Mr. Sethi remains active in the South Asian community. 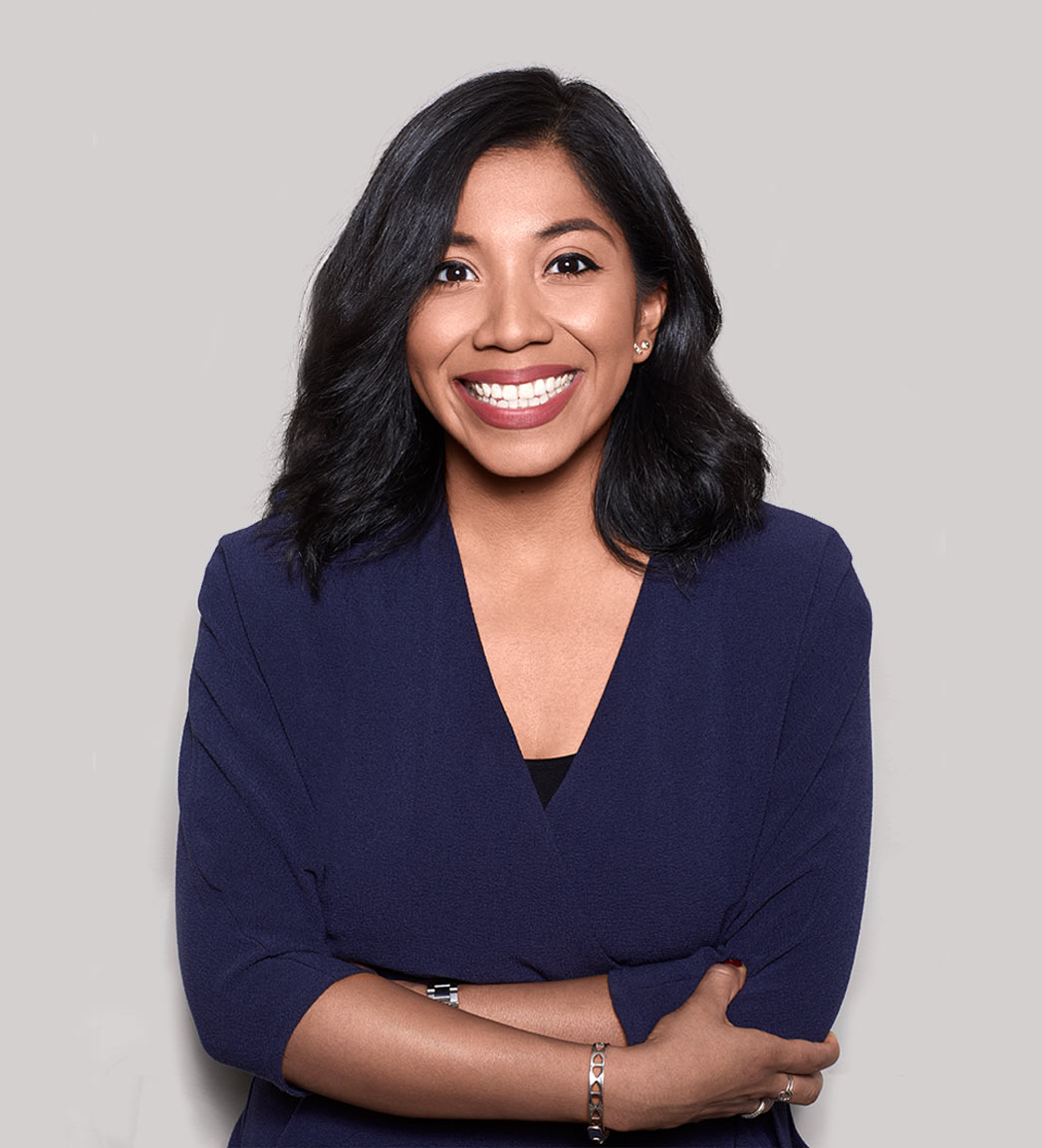 Roselyn’s work specializes in immigration and criminal law at Sethi & Mazaheri Law Firm. She initially began her major in journalism at the University of Maryland due to her fondness for the literary word, but would eventually change her major to paralegal studies to explore the intricate world of law. Currently, she prepares and supervises our adjustment of status and consular processing, not limited to citizenship applications, removal of condition, cancellation of removal, affirmative/defensive asylum applications, and J-1 waiver applications. Roselyn’s immigration law work includes regular interface with the U.S. Citizenship and Immigration Services, Department of State, Department of Homeland Security, multiple embassies and other federal/state agencies.
In her free time, Roselyn enjoys early morning workouts such as kickboxing or running, loves to read, and plays the cello. She is very passionate of the volunteer work she does with the Portuguese-speaking community and looks forward to her upcoming travels to Morocco and Spain. Roselyn speaks both Spanish and Portuguese. 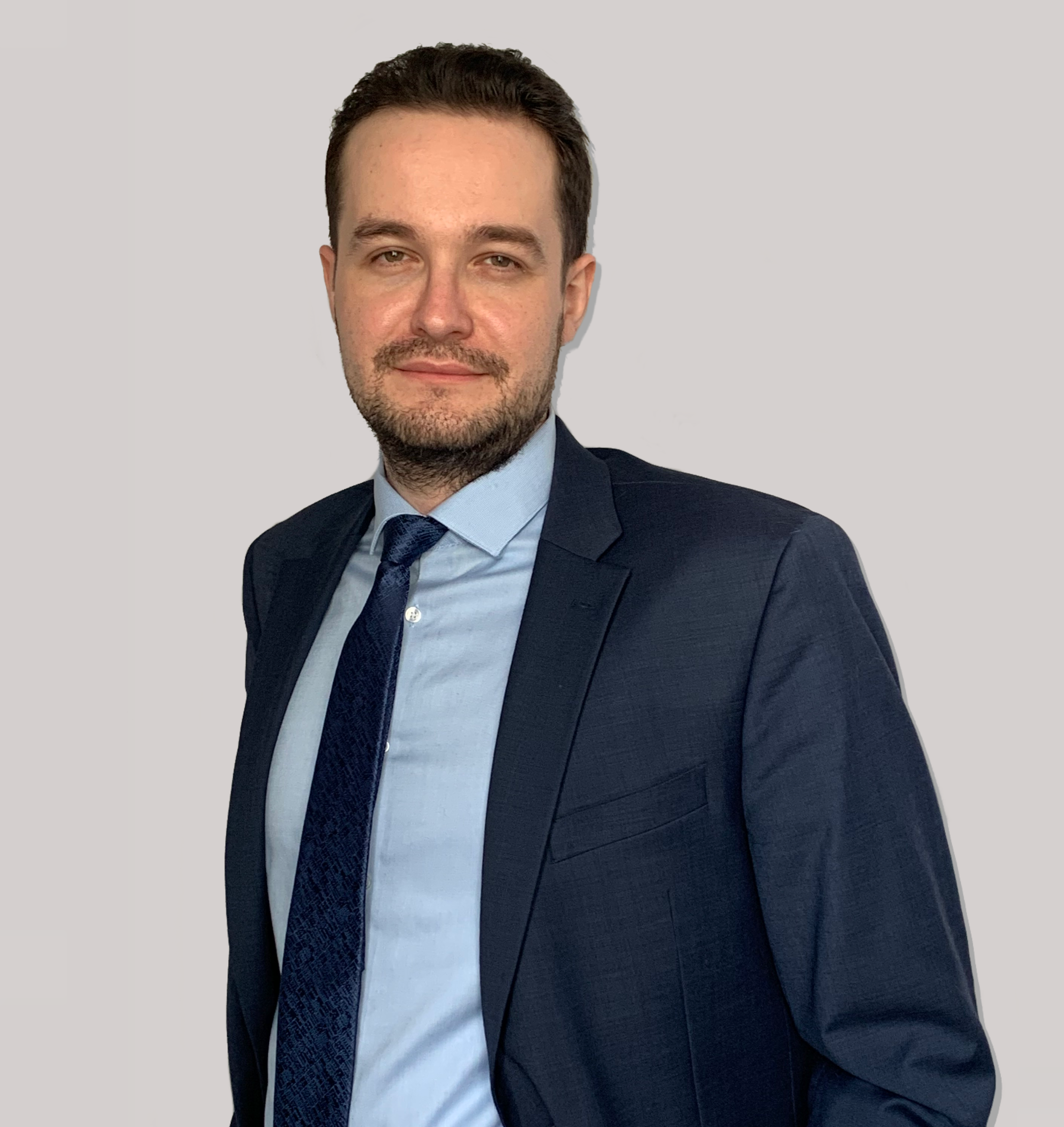 Mr. Feodoroff represents individuals petitioning for benefits with the United States Citizenship and Immigration Services (USCIS), as well as respondents seeking relief from deportation in front of the Executive Office for Immigration Review (EOIR). Before joining Sethi & Mazaheri, LLC., Mr. Feodoroff was a law clerk with Garfield Law Group in Washington D.C. As a law clerk, Mr. Feodoroff focused on developing his knowledge of asylum law as it relates to the protected ground of: Particular Social Group. During law school, Mr. Feodoroff developed a comprehensive and multifaceted understanding of U.S. immigration law. Mr. Feodoroff was a student law clerk with the Buffalo, New York Immigration Court under Hon. Immigration Judge Montante and Hon. Immigration Judge Hochul. During his time with the court, Mr. Feodoroff spent countless hours observing various types of courtroom proceedings, as well as drafting a bench decision on eligibility for asylum, withholding of removal, and relief under the Convention Against Torture. Mr. Feodoroff also spent nearly two years with Journey’s End Refugee Services (JERS), a refugee resettlement agency. While helping to provide quality legal representation for recently arrived refugees and their families, Mr. Feodoroff developed an in-depth knowledge of family-based immigration petitions, asylum law, and crim-immigration. As a result of his dedication, the University at Buffalo School of Law awarded Mr. Feodoroff the Alumni Association’s Buffalo Public Interest Law Fellowship. Mr. Feodoroff was also selected to join his law school’s moot court team. As a member of the Niagara Cup Moot Court team he was charged with representing both applicant and respondent on the issues of U.S. deportability of foreign nationals, mandatory deportation, family unity, access to legal counsel during deportation proceedings, and the rights of a child. Advancing to the national round in Washington D.C., the team advance to the semi-final round before being eliminated. Mr. Feodoroff was awarded the Henry T. King Jr. Prize and acknowledgment for Respondent Memorial. Mr. Feodoroff received his B.A. from Hunter College, City University of New York (magna cum laude) and his J.D. from the University at Buffalo Law School (cum laude). He is admitted in New York and Minnesota bars. Mr. Feodoroff’s area of practice in New York is currently limited solely to Immigration and Nationality Law. As a Russian-American lawyer, Mr. Feodoroff also remains active in the Russian community. In his spare time, Mr. Feodoroff enjoys outdoor activities, road trips, and watching his beloved N.Y. Mets. 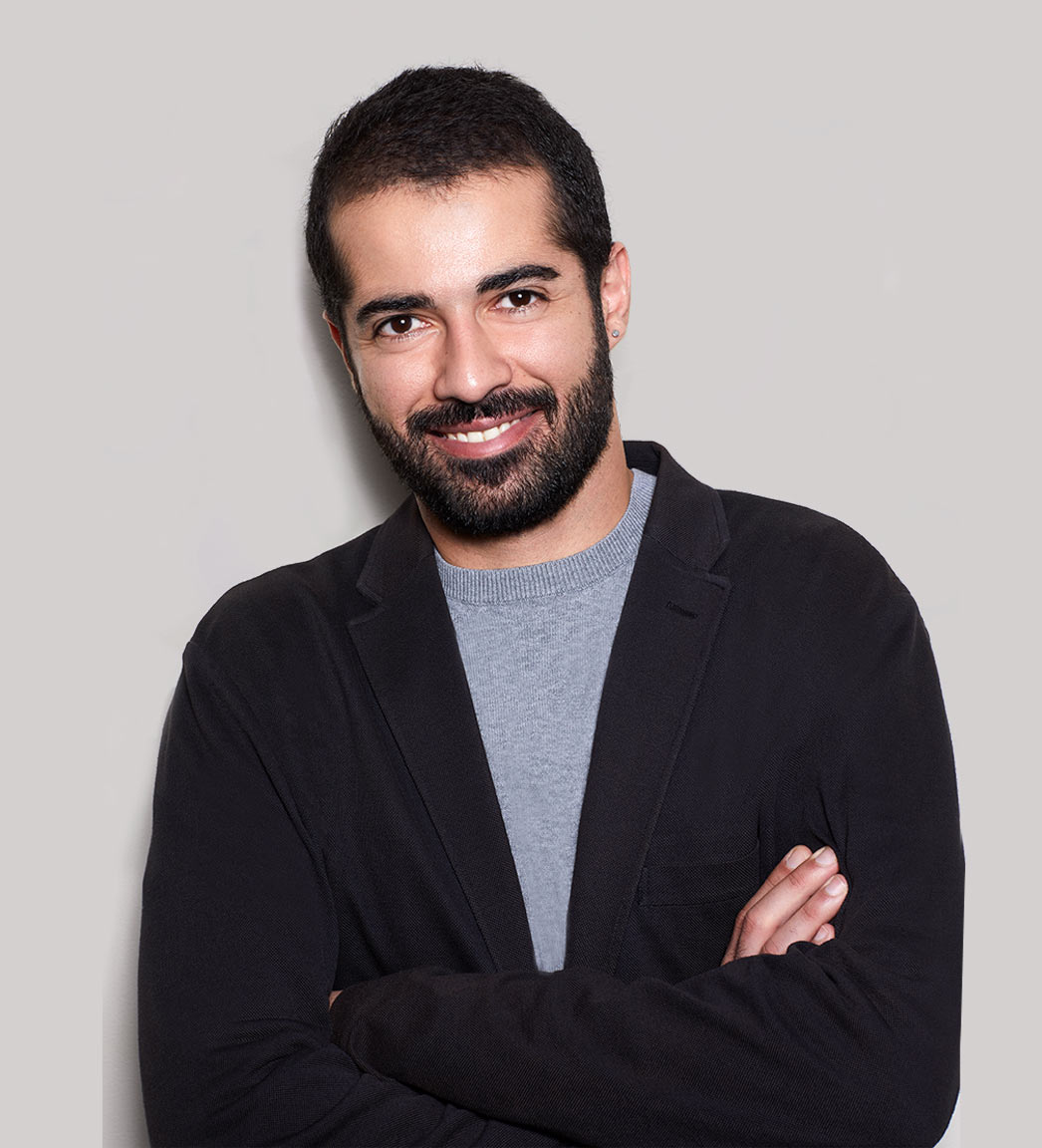 Shervin at Sethi & Mazaheri Law Firm works with clients on a variety of immigration and criminal matters. His practice includes preparing and filing employment-based temporary and permanent visa petitions, family-based immigration petitions, adjustment of status applications, and legal research on removal and deportation proceedings.
Parallel to his career at Sethi & Mazaheri, Shervin is seeking his J.D. degree as an evening law student at Rutgers University School of Law, where he has focused his learnings on immigration and intellectual property law.
Prior to joining Sethi & Mazaheri, Shervin served as Manager of Legal Research & Digital Marketing at the Forum on Law, Culture, and Society at NYU School of Law (FOLCS). As an art enthusiast, he kept his role at FOLCS as the Director of the FOLCS International Short Film Competition, a legal-themed shorts competition, offering independent and emerging filmmakers the chance to screen their work in New York City and creatively engage the public in discussions regarding justice and popular culture. In addition, Shervin has significant experience in civil rights advocacy and community building purposes. He has been an active member, co-founder, and co-organizer of the Iranian Community of the Northeast (ICON) in early 2017, seeking justice for the underrepresented Iranian community in New York City.
In his spare time, you can find Shervin planning an adventure to a new destination, but for day-to-day, he can be found reading a book, listening to Jazz, swimming, gardening, collecting stamps, or hanging out with friends. In addition to English, he speaks fluent Farsi. 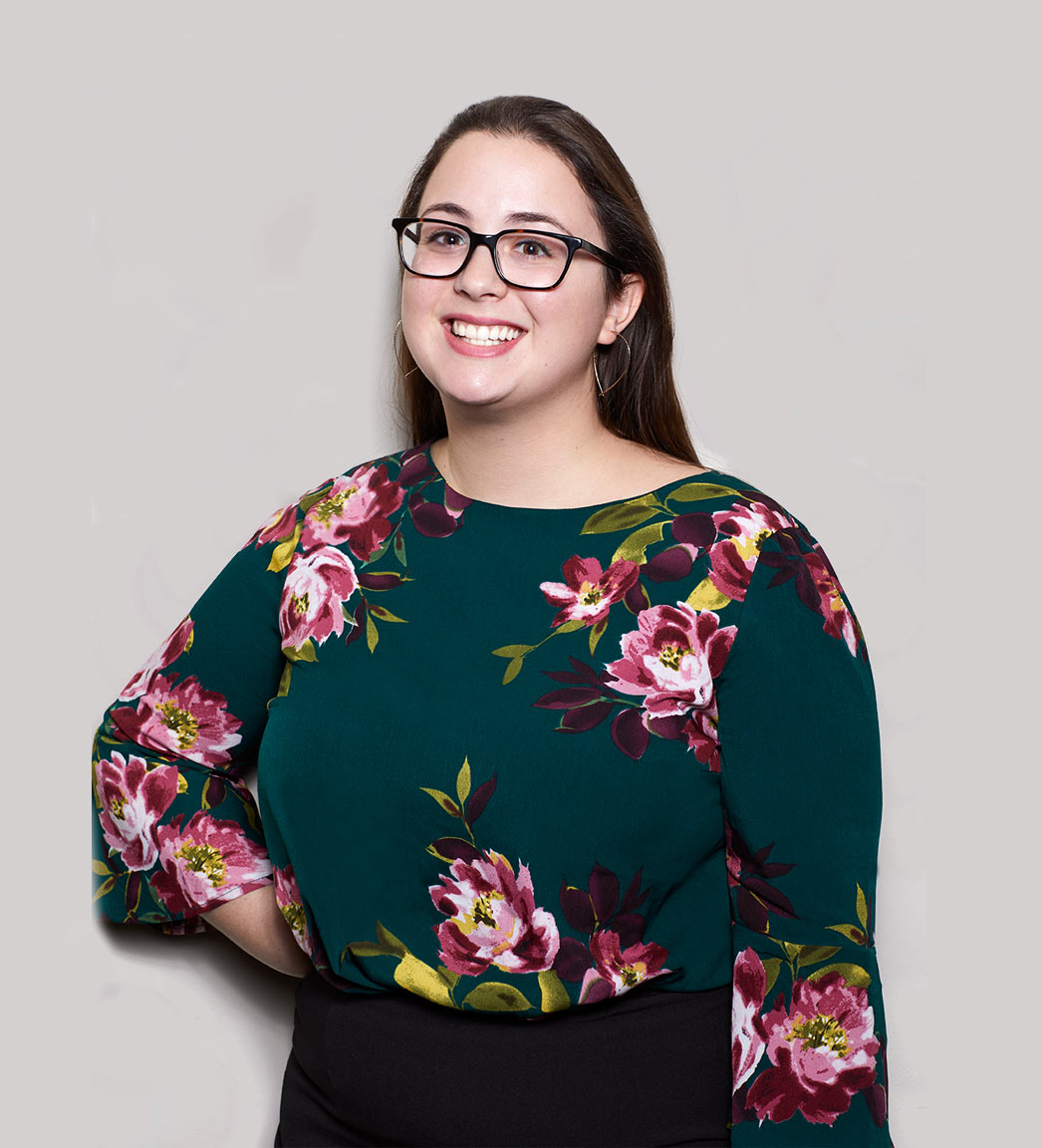 Ashley Nuñez serves as a Paralegal and Research Assistant in our Jersey City and New York offices. She graduated the University of Tennessee’s Chancellor’s Honors Program in May 2015 with a double major in Political Science and International Studies. She has spent her time post-graduation traveling extensively and teaching in both Madrid, Spain and Franklin, TN. Ashley is extremely passionate about the attainment of higher education for underrepresented communities and has worked with non-profit organizations to further these efforts. Ashley intends to return to school to pursue a law degree, where she hopes her Law & Order: SVU marathons will be put to good use. Until then, she spends her time planning exotic vacations she can’t afford and park-hopping with her puppy, Lily. 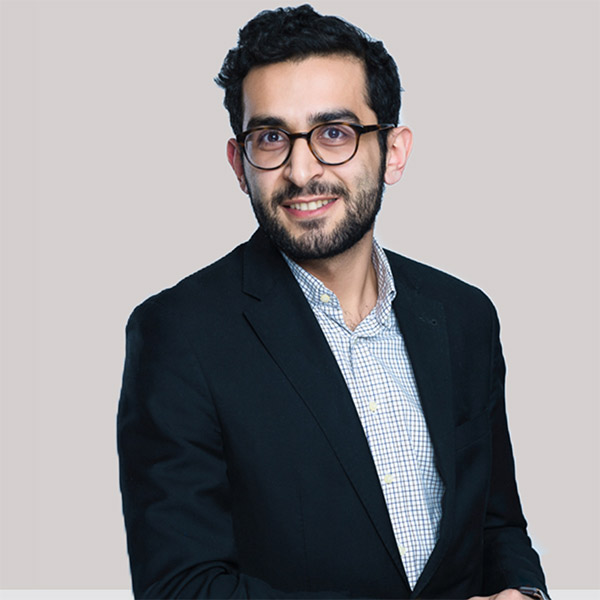 Amir works as an of counsel to Sethi & Mazaheri on topics related to the Office of Foreign Assets (OFAC) regulations. He helps individuals to understand the restrictions put in place by OFAC. For instance, in many immigration cases, OFAC regulations come to play as there are transactions between the individual seeking to immigrate and her family in a country where the United States Government has imposed some restrictions. He also advises Sethi & Mazaheri clients on subjects like securing specific licenses, the applicability of general licenses, and how to reach out the Government agencies in cases related to sanctions.

Prior to focusing his practice area on sanctions, he worked on immigration matters for a firm in New York City. In addition, he has been involved in helping the community members in small claims court on a pro bono basis. He served as a board member of the Iranian-America Bar Association (IABA), NY Chapter.

Amir is interested in running and he has done several semi-marathons. His goal is to finish the New York marathon in the upcoming years.

Login to The Law Offices of Sethi & Mazaheri
Reset Password
Enter the username or e-mail you used in your profile. A password reset link will be sent to you by email.